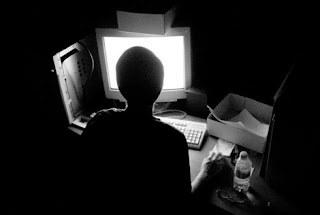 As mentioned previously on this blog (and discussed in Pocket Issue: Big Brother out in Autumn 2008), the privacy of internet users is coming under increasing threat.

Last week, British scientist and inventor of the world wide web Tim Berners-Lee spoke of the need for users to be protected from having their internet activity tracked and logged. Sceptical of safeguards against such information being misused, he used the following example: “I want to know if I look up a whole lot of books about some form of cancer, that that’s not going to get to my insurance company and I’m going to find my insurance premium is going to go up by 5 per cent because they’ve figured I’m looking at those books.”

His comments come in the wake of news that internet service providers (ISPs) Talk Talk, BT and Virgin are planning to use technology developed by advertising company Phorm to track user activity and target ads.

Phorm says its software will personalise the internet, but many see it as part of a gradual encroachment on the privacy of web users. Berners-Lee’s comments drew an important connection between Phorm’s technology and Home Office plans (pushed by the music and film industries) to get ISPs to monitor traffic in order to catch file-sharing users involved in copyright breaches.

Phorm have set a technological precedent that might overcome the practical obstacles to these plans, allowing privacy intrusions to stem from the very source of our internet access – service providers.

Widespread hostility to Phorm’s technology and similar ‘social’ ads means ISPs will have to tread carefully. But as one commentator has noted, “Even if Phorm is stopped dead tomorrow, the business conditions and legal loopholes are still present to encourage ISPs to try this again and again.” Phorm argue that they “will continue to be subject to external scrutiny by formal audit, partner due diligence, customer vigilance and media interest.” Hopefully true – but we can’t take it for granted.