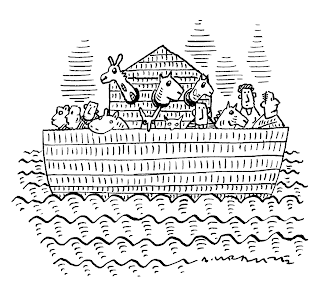 The UN claimed on Friday that the record number of floods and humanitarian disasters happening around the world is due to climate change. According to Sir John Holmes, Under Secretary for Ocha, the UN Office for the Coordination of Humanitarian Affairs – “We are seeing the effects of climate change. Any year can be a freak but the pattern looks pretty clear to be honest. That’s why we’re trying … to say, of course you’ve got to deal with mitigation of emissions, but this is here and now, this is with us already.”

His statement comes after 12 of the 13 “flash’ or emergency appeals triggered by disasters in 2007 have been caused by climate change, in particular the current serious flooding occurring in Africa South Asia and North Korea, and severe droughts in Southern Africa. His frustration comes not only from Donor fatigue, raising half the UN’s target amount, but through how little urgent action the West is taking on climate change.

Interestingly Uganda, the recipient of recent Donor sponsorship via the British Council, is receiving 1000 copies of Pocket Issue, Global Warming, one for each politician in Uganda. Uganda is currently coping with severe floods in the north of the country – we wish them well.

One thought on “UN says record emergency flood appeals… where is the urgent action?”